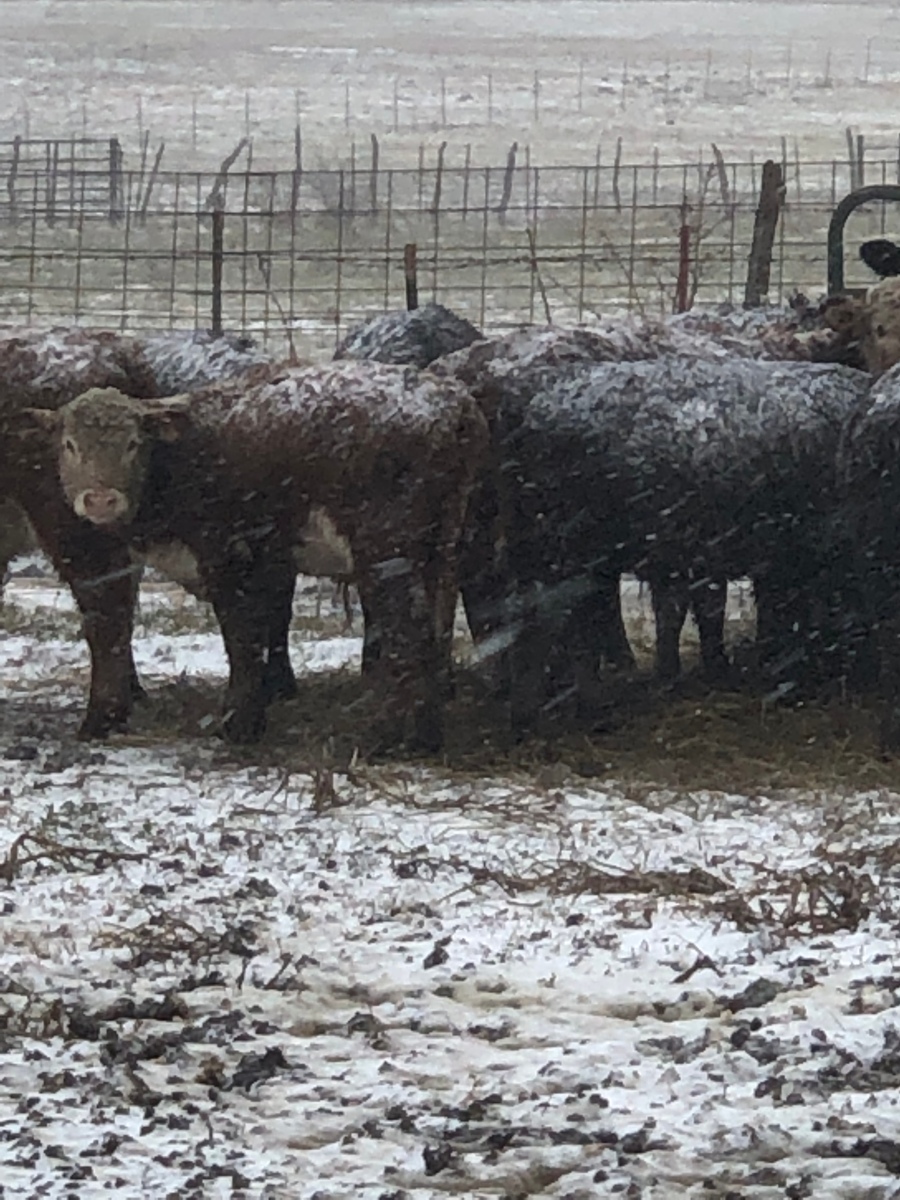 This weekend, we had a bad storm rolling in to our area. All weather reports said that the storm would hit mostly north of us, but we still needed to do some things to prepare here around the farm for the severe cold that we expected. Although we knew it wouldn’t be a bad storm for us, it would still bring colder air and a little snow. One thing that a lot of people don’t realize is that there is different preparations needed for different weather types. For example: rain vs snow. With snow, we can get several inches and it will not soak through the cow’s thick hair. This is great, because they don’t get soaked to the bone. Their thick hair keeps the snow out, and it settles on their backs. Sure it is colder, but the hair and their own body fat keeps them well insulated from the cold. With rain, however, it doesn’t take long for that to soak through to their skin. When the cows get soaked with the rain, they have a harder time retaining heat. They will then develop sickness such as pneumonia due to the cold rain. However, with the rain, there is not much we can do to protect them from the weather save from packing them all in the barn.

We started off our preparation by putting a bale of old hay in with the pigs to give them something to burrow into. I figured with enough food and some warmth from a wind block they would be fine. I also decided the cows needed a wind block. This was harder to do for the cows, as one bale would not cut it.

I put out 4 bales for the cows next to one of the barns. That should have been enough to last two days, but they ate almost all of it over night. I ventured out today to try and put a few more bales out. Unfortunately the pad lock was frozen solid. I tried everything but the obvious. After 30 mins I tried hot water… it worked first try.

After putting more hay out for the cows, and feeding the pigs, I hitailed it back to the house. As the saying goes, even in the winter the farmer has to work.

This site uses Akismet to reduce spam. Learn how your comment data is processed.